Beyond the Sprawl Economy

Sprawl has hit the wall. The unsustainable home mortgage market collided with unsustainable gasoline consumption in 2008. The lowest-density suburbs, furthest from the centers of commerce and culture, were generally the hardest hit, while walkable urban neighborhoods have generally fared better.

The crisis of 2008 merely accelerated a larger cultural shift in American life. As documented by researchers like the Brookings Institution’s Christopher Leinberger, more and more Americans are expressing a preference for living walkable urban places. Unfortunately, most of the housing produced in the last few decades is in driveable suburban places, where walking, cycling, and public transit have been effectively designed out. This represents both a market failure – homebuilders missing the shift in cultural values – and a regulatory failure, caused by outdated zoning regulations that make compact, walkable communities illegal in most places.

Bay Area Projected to Grow by 2 Million by 2035

The Association of Bay Area Governments (ABAG) announced their population and job growth projections through 2035 at a symposium on Thursday December 14. According to ABAG, the region will add 2 million new residents, with the cities of San Jose, San Francisco, and Oakland adding the most residents. San Francisco is projected to add over 160,000 new residents, growing from nearly 800,000 residents today to over 950,000 in less than 30 years.

In order to grow without worsening the region’s housing shortages and encouraging suburban sprawl, ABAG recommends that the region’s growth be concentrated in walkable communities close to transit lines.

In San Francisco, most of the projected growth in new housing is being planned for the city’s transit-rich downtown and surrounding neighborhoods, as well as the city’s eastern neighborhoods and around transit hubs like Balboa Park station.

Livable City has been working to make sure that these neighborhoods are designed as complete neighborhoods that support car-free living, with complete streets, a range of housing choices, and networks of green streets and open spaces.

In 2009 San Francisco’s Board of Supervisors  approved a resolution [PDF file] calling for the Metropolitan Transportation Commission (MTC) to stop spending regional funds expanding highways, and instead redirect those funds towards improving transit. Livable City co-authored the resolution, which was introduced by Board President David Chiu, approved unanimously by the Board, and signed by Mayor Gavin Newsom.

MTC’s recently adopted a Regional Transportation Plan (RTP) proposes spending $6.4 billion on widening highways, despite the huge shorftalls for transit ($17 billion over the next 25 years) local streets and roads ($11 billion) and maintenance of existing highways ($13 billion).

The resolution also directs the Metropolitan Transportation Commission and California Department of Transportation to develop and fund projects which reduce the negative impacts of freeways on walking, cycling, and transit access and the livability of adjacent neighborhoods.

The Metropolitan Transportation Commission (MTC), a regional body empowered by the state and federal governments to plan and fund transportation in the Bay Area, recently adopted a Regional Transportation Plan (RTP), which guides investments over the next 30 years. The RTP must be updated every three years.

MTC’s planning got off to a promising start in 2008, with much talk of addressing climate change and promoting compact, walkable communities to prevent sprawl. The July 2008 draft RTP showed some distinct improvements over its predecessor; $1 billion towards a regional bicycle network, and big funding increases for the land use program, safe routes to school, and the regional lifeline transit program.

Unfortunately, MTC’s plan directs billions towards expanding highways, and neglects the transit needs of urban riders. The plan directs $6.4 billion towards highway expansion, even though vehicle miles travelled (VMT) in the Bay Area has begun to decline. Despite surging transit ridership, the plan puts nothing towards adding capacity to existing Muni and BART lines, which have become increasingly overcrowded. The RTP leaves huge shortfalls for capital replacement and maintenance at Muni (approximately $4.2 billion) and BART (7.2 billion) over the next 30 years.

If the RTP is adopted as proposed, transit will become slower, less reliable, and more crowded. This RTP does not support MTC’s stated land use goal of preventing sprawl and promoting compact communities; without investment, urban transit will not be able to accommodate the ridership growth resulting from job and housing growth in the urban core.

What the RTP got right:

What it got wrong:

#TipTuesday It Only Takes 5️⃣ Steps:
➡️ GET ALERTS to know what to do
➡️ MAKE A PLAN to protect your people
➡️ PACK a GO BAG with things you need
➡️ BUILD a STAY Box for when you can’t leave
➡️ HELP friends and neighbors get ready 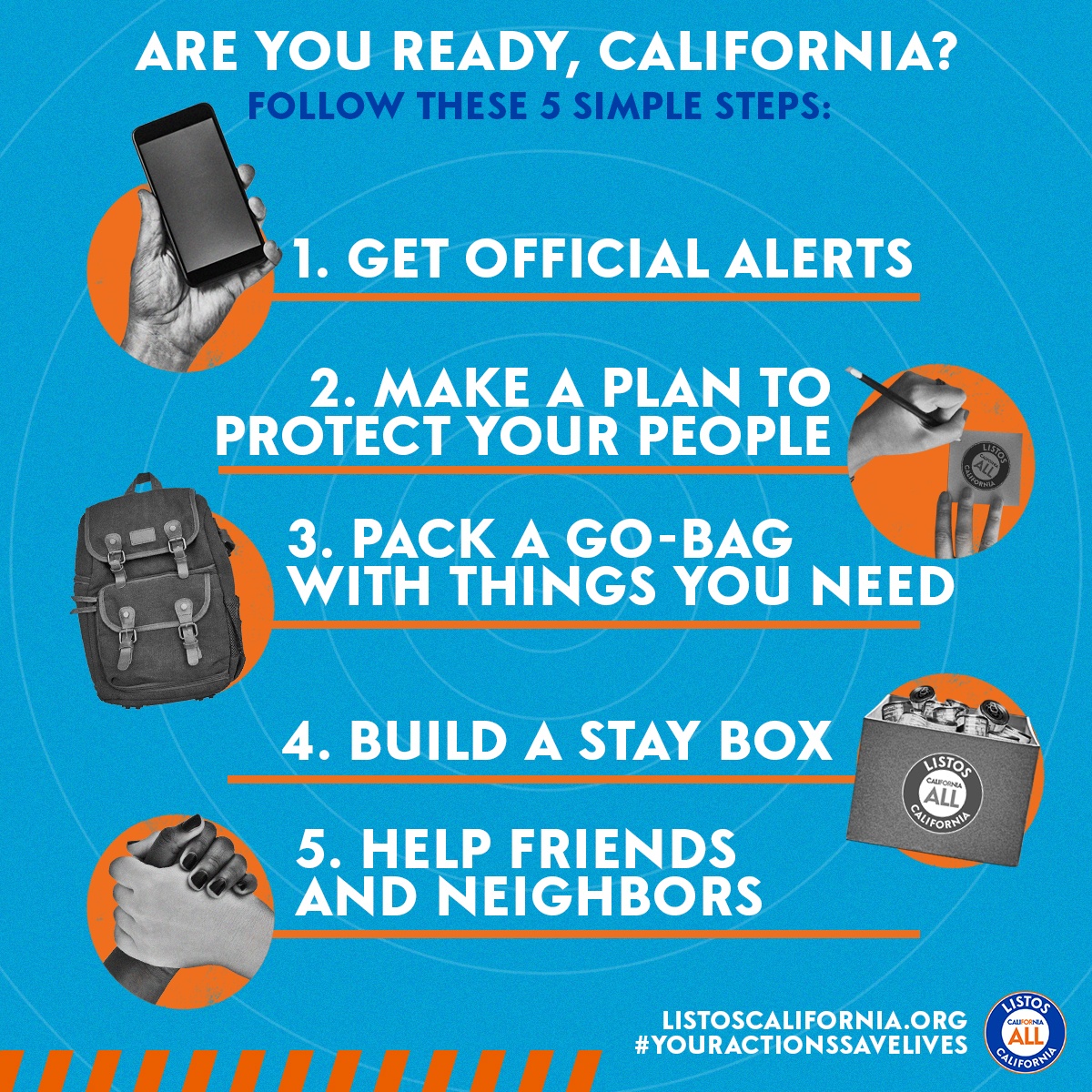 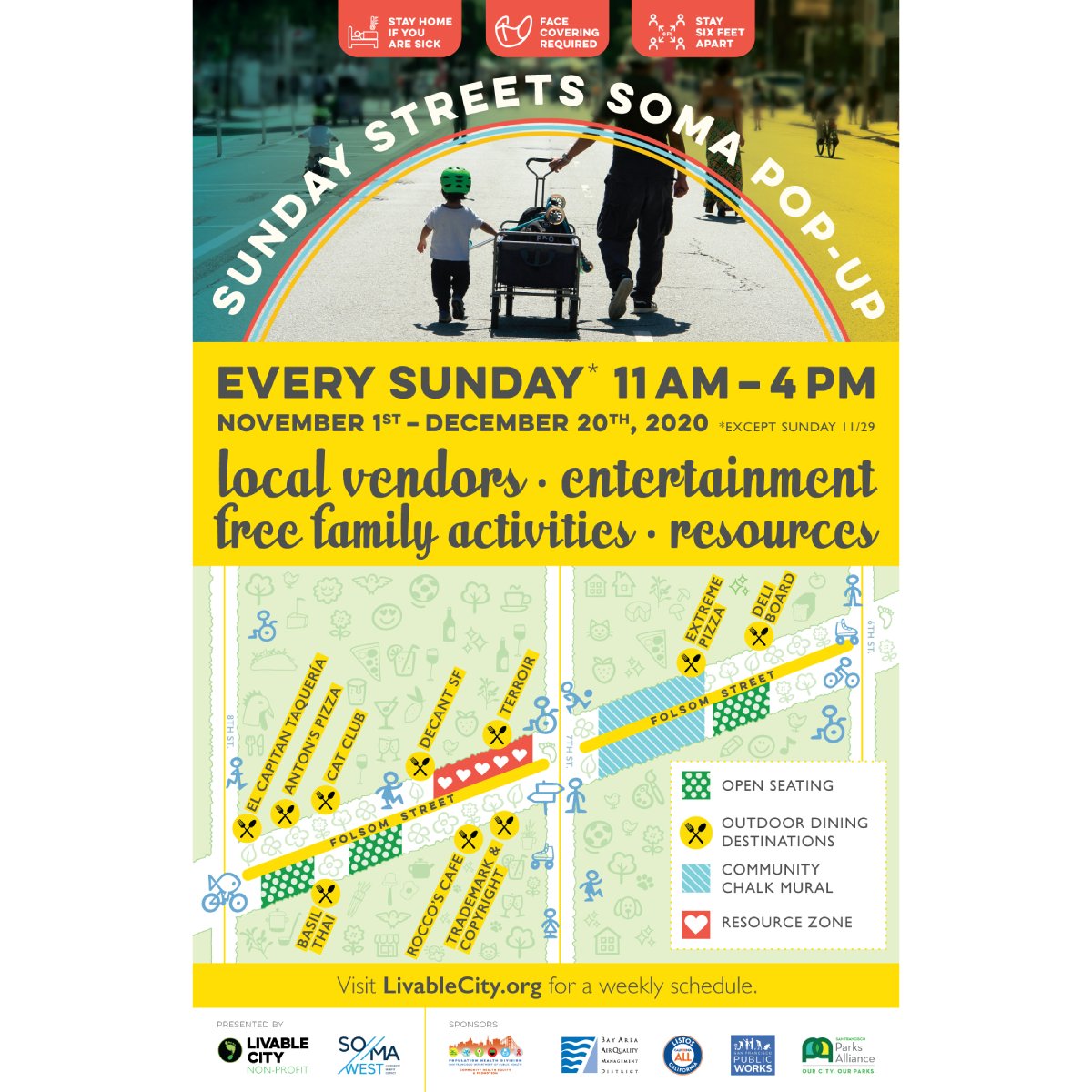